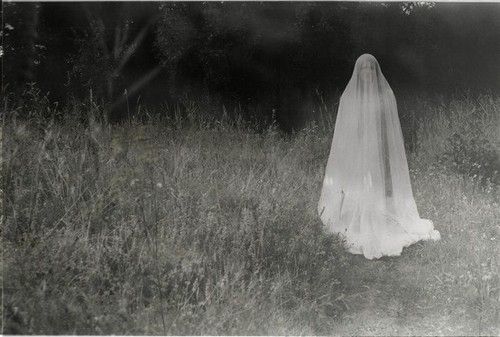 In late January 1889 people in Hyde Park, on the South Side of Chicago notified the police that a large ghost was terrorizing the neighborhood. To the surprise of a patrolman on the night of January 30th, he spotted an enormous white wraith roaming streets, as it wandered to and from vacant lots in the area. The officer drew his gun and fired at the ghost, but it seemed unaffected and disappeared into the cold winter night.

The next day, a man that lived in the area discovered the human remains lying under a white sheet next to a large oak tree in a vacant lot. Authorities were notified and a slew of policemen quickly descended on the scene. When an officer pulled the sheet away, he discovered that the remains weren’t human. The ghost was actually a bear that had gotten tangled in a clothesline which contained a large white sheet.

It was later discovered that the bear belonged to City Treasurer Herman Plantz who had won the animal through a raffle. The bear had escaped Mr. Plantz’s house a few days earlier.