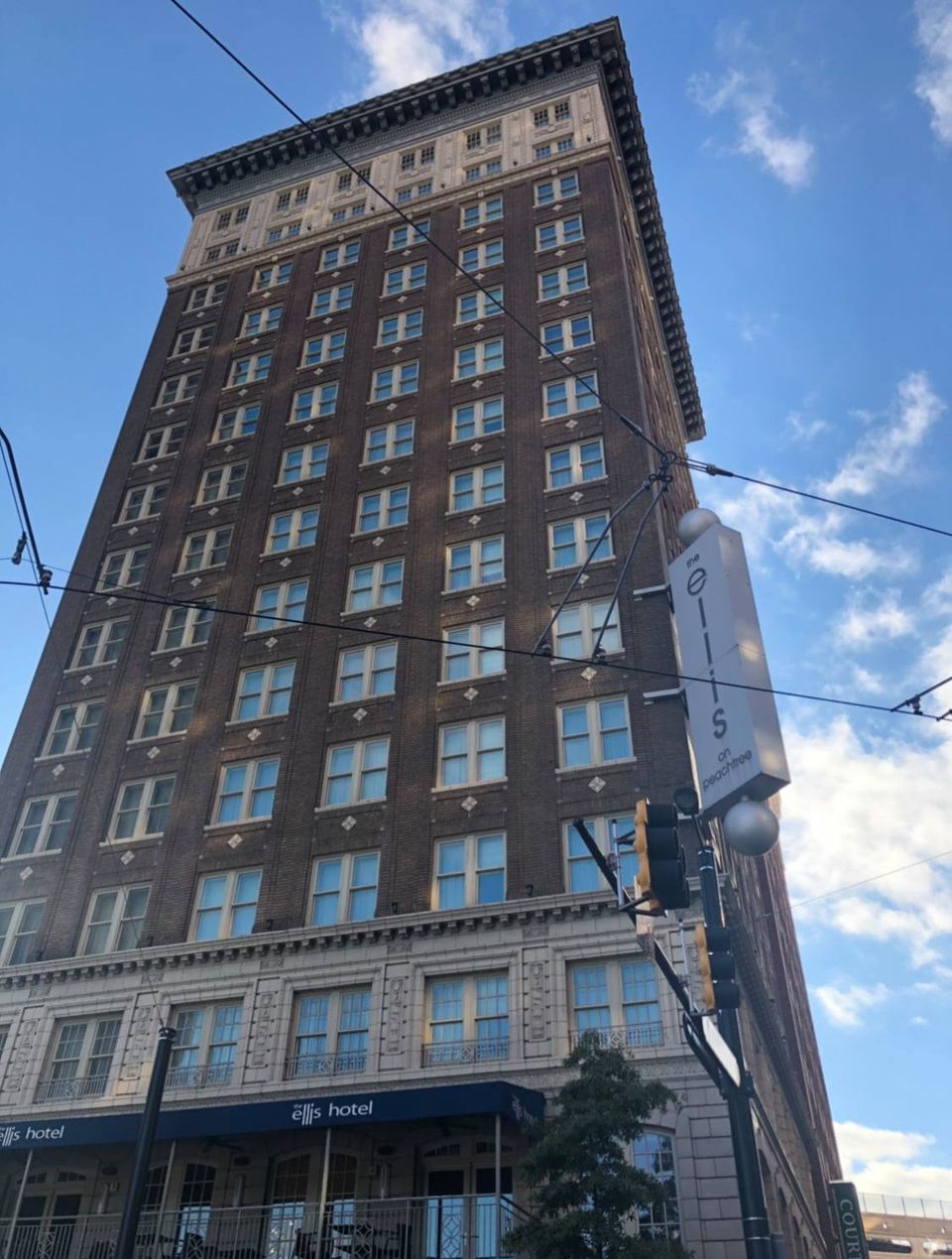 On February 18, 1942 the deadliest hotel fire in United States history occurred when a fire in the Winecoff Hotel trapped everyone staying above the third floor of the 15 story hotel on the corner of Ellis and Peachtree in downtown Atlanta, Georgia.
Approximately 20 people jumped to the sidewalk on the south corner of Peachtree Street where firefighters were waiting below with nets. The guests that didn’t miss the net didn’t fare any better than those who landed on the sidewalk. Unfortunately, the velocity in which guests came down from floors higher than the fifth was too much and ripped the nets from the firemen’s hands. Each died when they hit the pavement or sustained gruesome injuries.

After three and a half hours, firefighters finally had the fire under control by 7 AM. Of the 285 guests staying in the Winecoff Hotel, 91 people were injured in the fire. Of the 119 deaths, 48 died from burns, 40 from smoke inhalation, and the remaining 31 died from falling or jumping out of the hotel.

Today the property is now home to the Ellis Hotel but some of the guests from the old Winecoff never checked out. Locals have claimed to see tormented faces in hotel windows looking down at them from some of the top floors. Phantom smells in various parts of the hotels as well as loud thundering footsteps have been reported late at night. Some guests have even claimed to hear children at odd hours. However, despite the claims, hotel employees don’t typically talk openly about the paranormal activity.

If you’d like to learn more about the fire in the Winecoff, please check out my book Southern Ghost Stories: Haunted Hotels available at Barnes and Noble as well as Amazon.