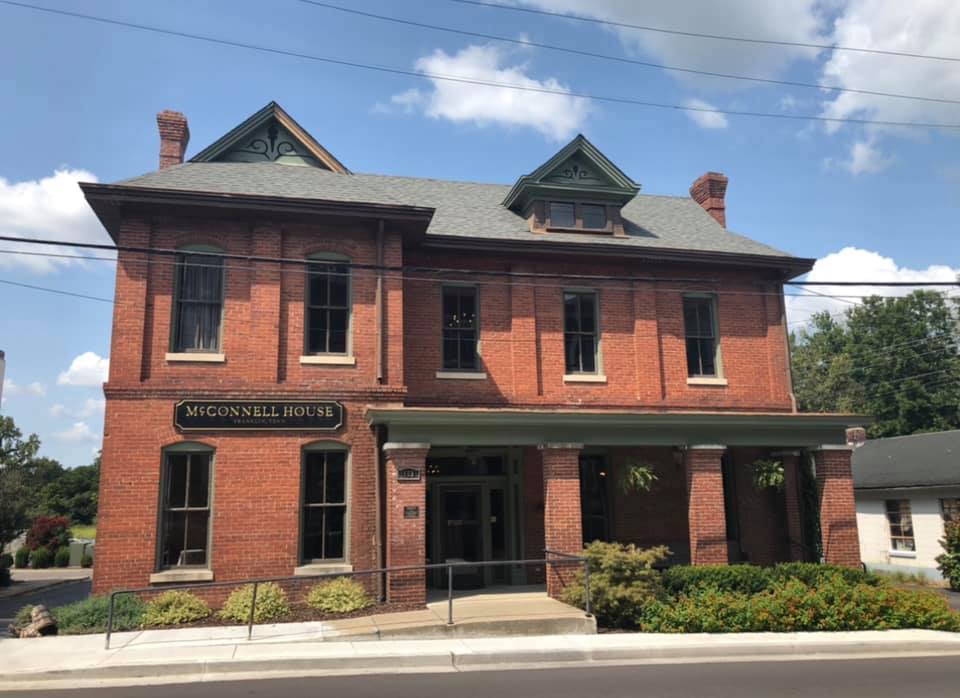 Originally built as a jail in 1905, the building on Bridge Street just off the square is believed to be one of the most haunted places in Franklin, Tennessee.
The correctional facility held some of the most dangerous criminals in the Volunteer State. However, the most violent inmates served their time underneath the jail during the frigid cold winter months and scorching hot summer days.

With gallows located upstairs, it’s believed that at least one execution took place in the jail in the early 20th century.

In recent years the building has been home to several restaurants as well as a catering and event company. People who worked in the building often heard loud disembodied footsteps walking around on the second floor late at night.

Doors have also been known to slowly open then slam shut inside the old jail on occasion and occasionally a man in period attire has been spotted walking through the bar area.

If you’d like to learn more about haunted places in Franklin, please check out or book Southern Ghost Stories: Franklin, Tennessee.