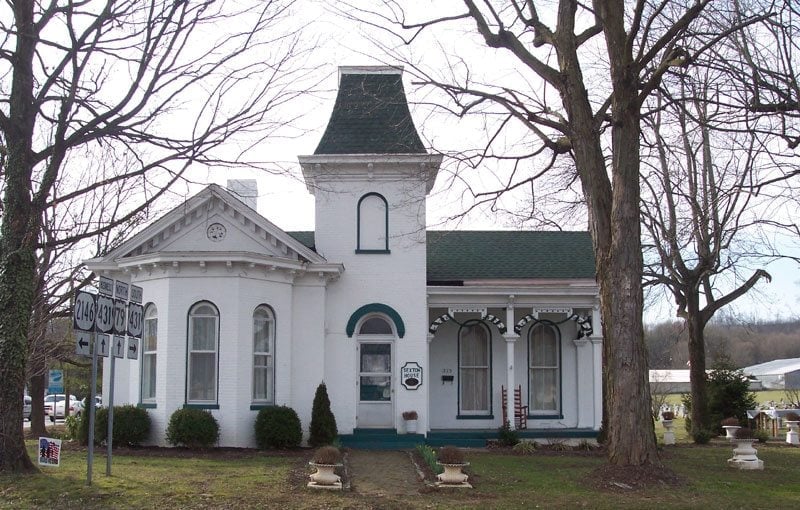 Just twenty miles across the Tennessee border is the sleepy little town of Russellville, Kentucky. For decades people have claimed to see the spirit of a young woman in a second story window in the old caretaker’s house in Maple Grove Cemetery.

According to legend, in the 1920s a teenage girl was upstairs getting ready to go to a dance with a young man who lived nearby. Unfortunately it began to storm and her parents told her she couldn’t leave the house that night. Angry and upset, the young woman ran to the window and began screaming in frustration and began cursing God. He must have heard her because at that very moment a lightning bolt shot out of the sky and struck the young lady through the window.

Having heard the commotion her father raced upstairs only to find his daughter’s lifeless body propped up against the window.

A few days later after the girl’s funeral, a funny thing happened. Townspeople began noticing the image of the young woman was burned into the window. Still grieving for his daughter, the image was too much for her father. He took a can of white paint upstairs and painted over the window so his daughter’s memory wouldn’t be overshadowed by the strange anomoly in the glass.