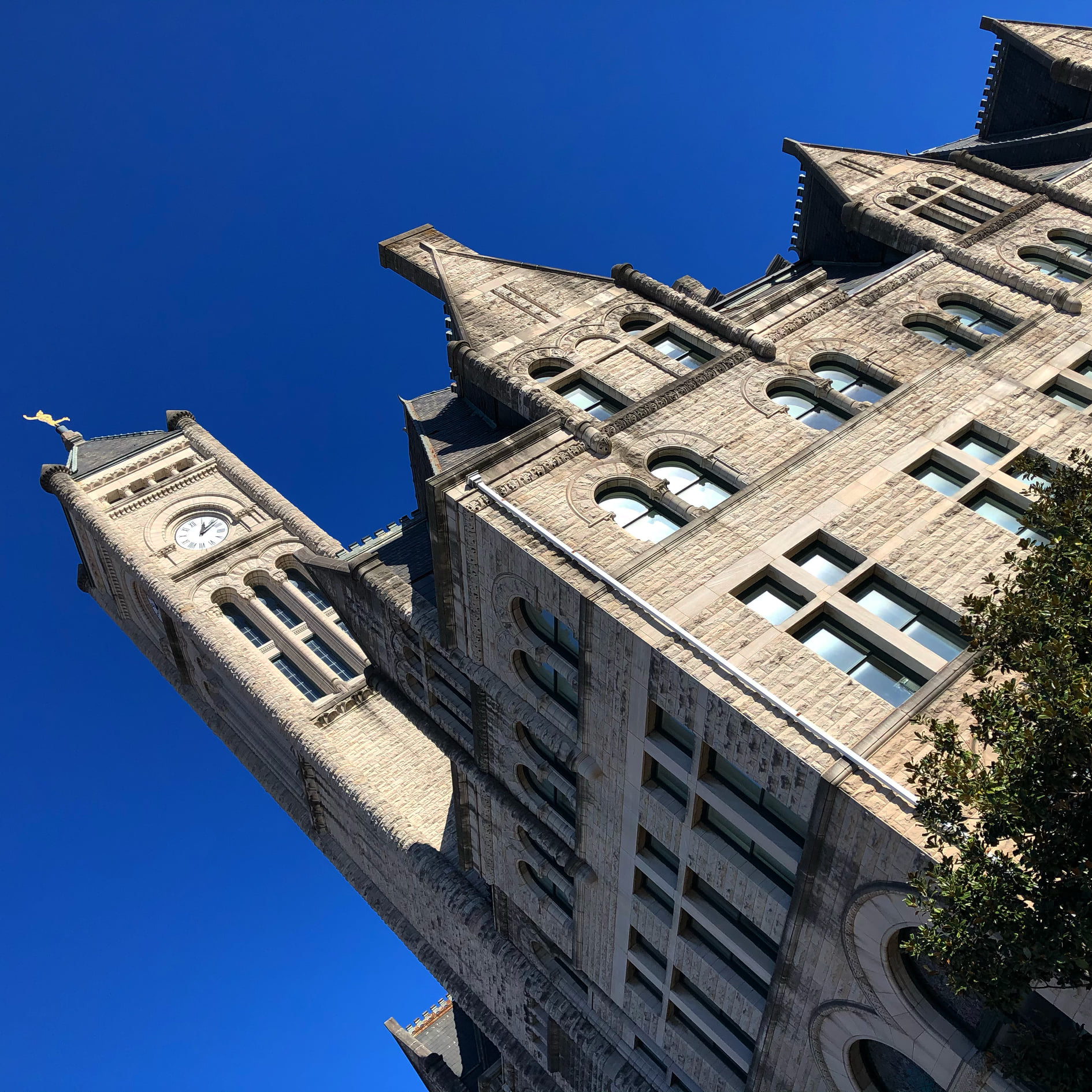 On March 3, 1915 16 year-old Herman Griswold tried to hop on a train bound for St. Louis at Union Station in downtown Nashville. However, as the young runaway, was attempting to board the train, he was apprehended by a police officer.
While in custody waiting for his parents to pick him up, Griswold pulled out a vial of carbolic acid from his jacket and drank it. The young man began violently convulsing and was rushed to a nearby hospital. Tragically, by the time he arrived to the hospital, Griswold had already died.

Ever since the tragic death of the teenager, staff members at Union Station have claimed to see the spirit of a young man walking around the lobby. The entity can be quite mischevious and has been known to hide keys and and ink pens from hotel employees working the front desk.

If you’d like to learn more about Union Station or other haunted hotels in the southeast, please check out my book Southern Ghost Stories: Haunted Hotels. The book is available to read for free if you have Kindle Unlimited. It’s also available at Pickled Treats and Antiques in Gallatin as well as Amazon.