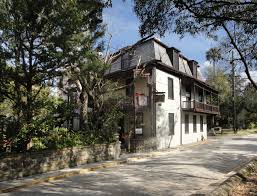 In the late 18th century Gaspar Garcia, who served in the in the Third Battalion of the Infantry Regiment of Cuba acquired the property that is now home to the Inn through a land grant. In 1791 Garcia built the house where he lived until his death. The property changed hands several time until Colonel Thomas Henry Dummett bought the house in 1838. Unfortunately Dummett died the next year and the property fell to his wife who turned the home over to her daughter Anna in 1845. Anna converted the house into a boarding house where she raised three of her sister’s children after they died from Yellow Fever.

Local businessman John L. Wilson bought the Inn in 1888 and renovated the property as well as adding a third floor to the house. In the early 20th century the Inn changed hands numerous time and was known as ‘The Teahan House’, ‘The Hudson House’, ‘The Valencia Annex’, ‘The Amity Apartments’, ‘The Salt Air Apartments’, ‘The Palms’, ‘The Graham House’ and ‘The Garcia-Dummett House’ In 1948 it became known as the St. Francis Inn and is one of the most popular bed and breakfasts in St. Augustine.

The Inn is believed to be haunted by up to five ghosts depending on who you talk to. The ghost of a young slave named ‘Lilly’ is said to reside in the room named after her. Lilly supposedly fell in love with the nephew of Major William Hardee who married Colonel Dunnett’s daughter Elizabeth. During the 19th century interracial relationships were frowned upon by elite members of society like Hardee. One night Hardee walked in on his nephew and the slave and he became furious. He berated his nephew and forbid him to see her again. Heartbroken the young man committed suicide. It’s believed he either jumped out of the window to his death or hanged himself later that night in the room known as ‘Lilly’s Room’.
Another version of the story is far more tragic. Hardee walked in on his nephew raping the poor servant girl. A fight ensued and Hardee threw his nephew out of a window to his death.

Since then Lilly’s Room has been a hotbed of paranormal activity where things like keys and makeup have been known to move around on their own. People who stay in the room claim to have felt someone touch or kiss them as well as sit down on the bed while they are sleeping. Some guests have even claimed to Lilly in the room. Each person had the same description- She was an African-American woman wearing a white dress.

The strangest tale of the Inn is of a guest who fell asleep one night only to wake up the next morning with a lot of discomfort. He couldn’t really move and it was very dark. As the man began to move around he realized he was underneath the bed. He quickly climbed out from underneath the box springs and looked around the room. He had no recollection of leaving the bed and had no idea how he got there. That’s just such a strange story.

Some who have stayed in the room have claimed to see the apparition of a woman in a white dress walking around various parts of the hotel. Staff members claim most of the paranormal activity comes from the third floor. People that work at the front desk often hear noises that they can’t explain late at night. Loud footsteps can often be heard wandering around the hallway in the early morning hours on the third floor.

Lilly’s Room isn’t actually considered to be the most haunted room in the Inn. ‘Elizabeth’s suite is also thought to be very haunted. Guests who have stayed in the room have heard strange sounds at night. Some have even claimed to see the apparition of a Spanish soldier. Lights have also been known to flicker and guests have experienced an ice cold draft through the room sometimes. I’ve been on the third floor and although I didn’t see anything out of the ordinary or hear anything strange I will say that there was a heaviness to the third floor and it did feel a little eerie up there as I walked around checking things out.

The St Francis Inn is a great place to stay and the staff is very friendly and accommodating. it is also just down the street from the historic Tovar House as well as the Gonzalez-Alvarez House. The Gonzalez-Alvarez House is supposedly the oldest house in St. Augustine, and of course it’s also haunted. The St. Francis Inn is also just a short walk away from all the historic sites in St. Augustine. Most of them are haunted too! St Augustine is very similar to New Orleans in the fact that most of the old buildings have some kind of paranormal activity in them. 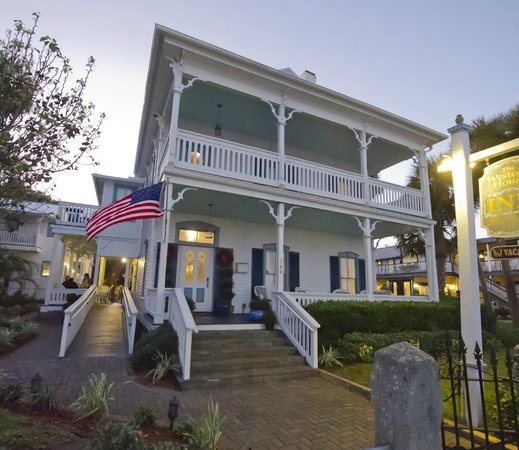 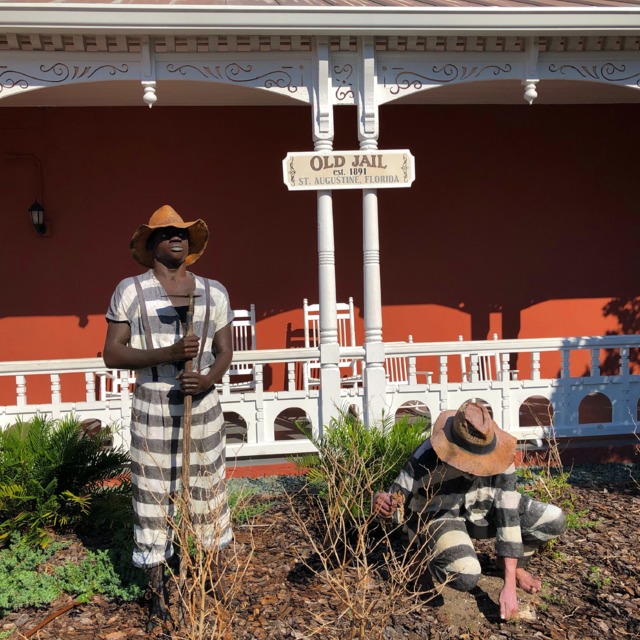 One of the coziest bed and breakfasts in St. Augustine is also the most haunted. A young African-American woman named Lilly is believed to be haunting the third floor of the inn. Join us as we take a deep dive into the history of the old The Garcia-Dummett House that is now the St. Francis…

Today we aren’t just going to talk about a haunted bicycle shop. We are going to talk about one of the most brutal murder cases in the history of Melbourne, Florida. The building was once home to Van’s Cleaners where a local man killed allegedly his family in 1954. The murders still echo through the… 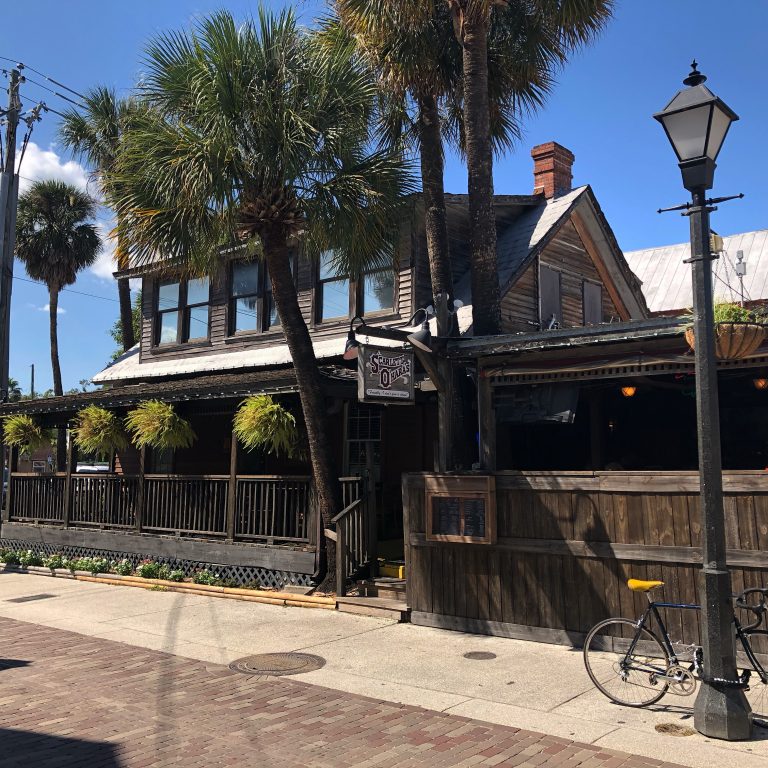 The bar known as Scarlett O’Hara’s was originally home to a man named George Colee. George was engaged to a young lady but unfortunately she cheated and the relationship ended. A short time later George died under suspicious circumstances in the home. Ever since, people who work in the building have claimed to see strange… 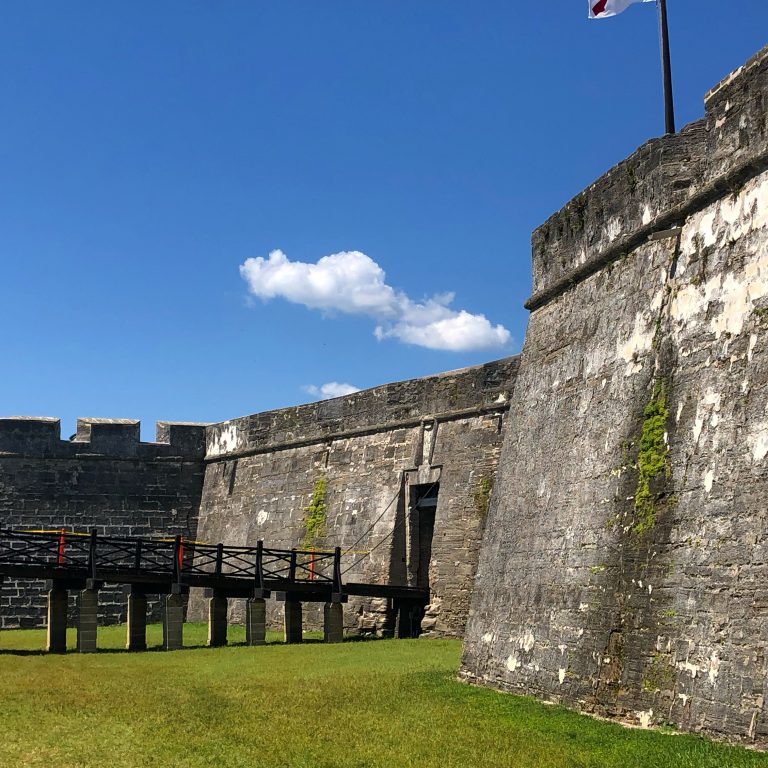 After English raids in the 17th century the Spanish realized that their wooden forts would not hold up under attack. The Castillo de San Marcos was built in 1702 on the western shore of St Augustine’s Matanzas Bay and it turned away invaders during British forces in 1728 and 1740. According to legend the old…