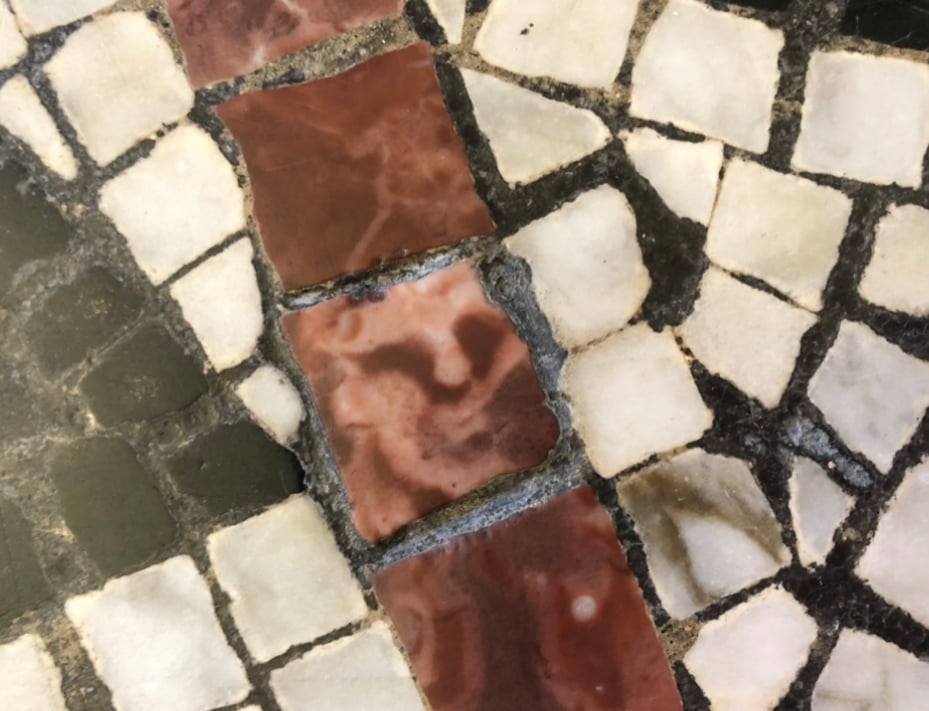 The Ponce De Leon was the place to be and was one of the first buildings in the United States to have electricity. Celebrities of the era such as Mark Twain and Ernest Hemingway, all visited the hotel. United States Presidents Grover Cleveland, Teddy Roosevelt and Lyndon B. Johnson all enjoyed stays at the hotel.

Today the old hotel is home to Flagler College. The school is believed to be haunted by the ghost of Henry Flagler.

When he passed away in 1913, his body was held in state in the rotunda of the hotel. A few hours after Flagler’s body was taken to a nearby church for the funeral a janitor discovered a tile in the floor that looked just like a small portrait of Flagler’s face.

The tile is still there. In fact, if you want to find it, it is located by the gift shop. Today students of the college claim that they have encountered the spirit of Henry Flagler.

According to legend, a former student always made a point to step on the tile and mocked the urban legend until one day he heard a loud knock at his door late one night. As the young man sprung out of bed suddenly the apparition of Henry Flagler appeared. The student was so distraught he started yelling and ran out of the room and dropped out of school.