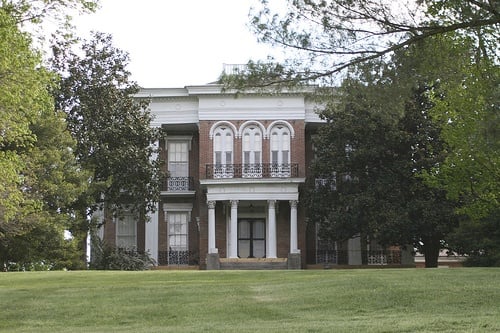 After making a fortune shipping tobacco in and out of Clarksville in the mid-19th century, Christopher Smith built an opulent mansion on the corner of Spring and McClure Streets in 1858. Sadly, in 1865 while away on business in New Orleans, Christopher came down with yellow fever and died.

After learning of her husband’s passing, Lucy Smith made arrangements for his remains to be brought home on a steamboat called the Sultana. However, as the boat made it’s way up the Mississippi River to Memphis it exploded killing 1,200 people and destroyed Christopher Smith’s body which was never recovered.

After Lucy died in 1905 people began seeing a small shadowy figure walking along the widow’s walk on the balcony in the front of the home. Today locals claim that Lucy is still there still watching and waiting for her husband to return.